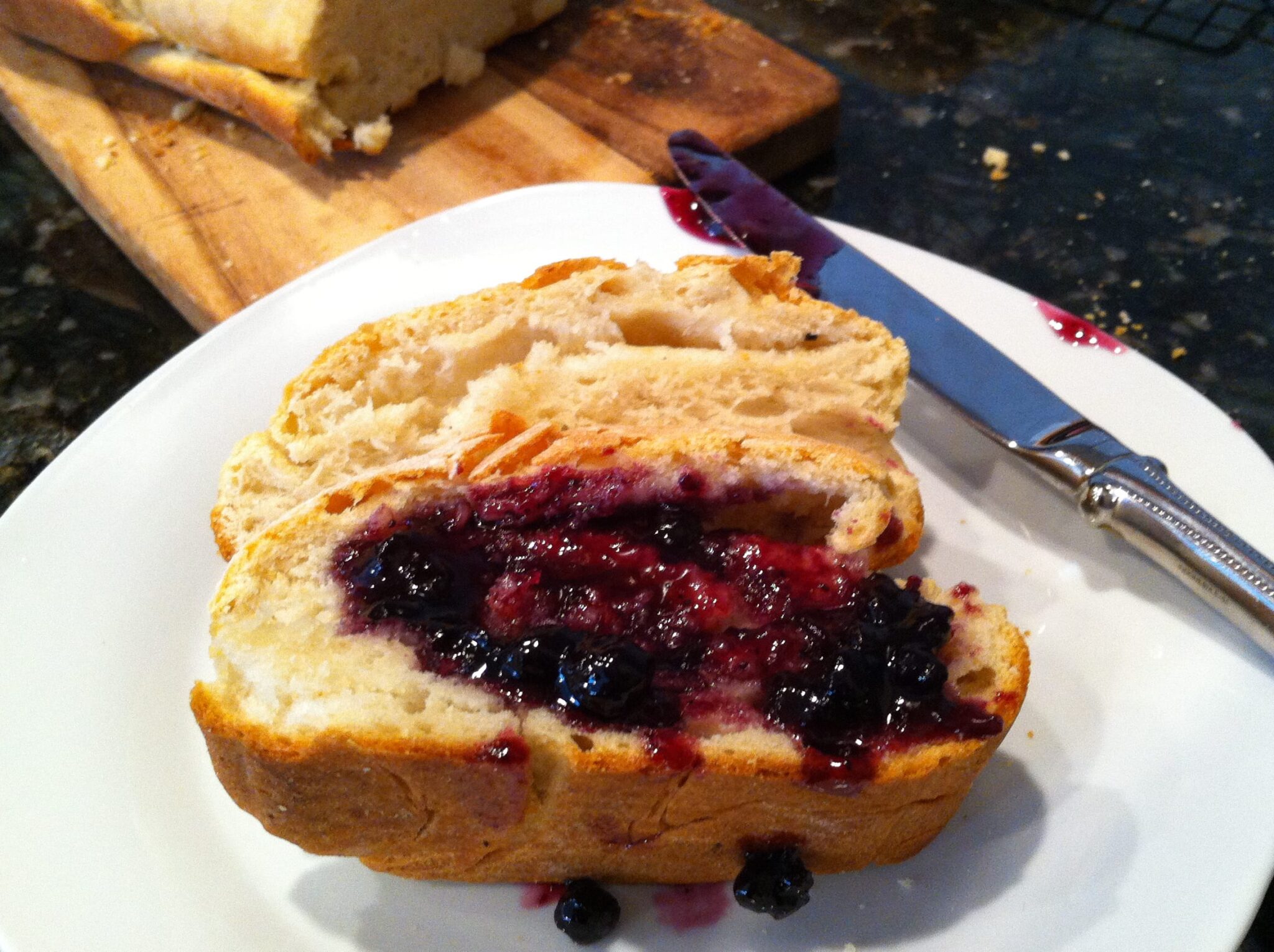 I am a sucker for St Patrick’s Day. Am I Irish? No. Am I Catholic? Nope. Do I think that any holiday that fetes with hearty, Irish food and Guinness is worth celebrating? ABSOLUTELY! When I think of Ireland, I think of lush verdure, stone castles, and potatoes. I thought potato bread would be different yet apropos.

Have you ever made mashed potatoes for dinner and then realized that the leftovers are a bit dry and unappetizing? Me too. My Mom warms them and then re-whips them with additional butter and milk/cream, which transforms them back into something delicious, rich and creamy, and while this is a completely viable option, I wanted to try my hand at potato bread. The potato bread I recall from childhood was light and fluffy and usually gone within the hour.

When I ran across the recipe for potato bread in the American Woman’s Cookbook I knew I had to try it. Full disclosure: I created last night’s dinner around mashed potatoes just so that I would have leftovers for bread. It felt a bit like creating an outfit around a particularly awesome pair of shoes. And who hasn’t done that?

Spoiler Alert: This is a tragic tale.

In a stand mixer (or in a bowl if you are inclined to make the dough by hand) mix the water, sugar, and salt. Then add the shortening and mix until melted. Add the mashed potatoes and mix thoroughly. Cool to 100 ° – 110°.

Meanwhile, add ¼ cup of warm water (100 ° – 110° F) to the yeast and stir to mix. Then add 1 teaspoon of sugar to proof the yeast. Wait 10 minutes and if the mixture has tripled in size then the yeast is healthy & ready to use.

Add the proofed yeast to the cooled water mixture and stir.  Last add the flour slowly until the dough climbs up the hook. Set the mixture to speed 2 and wait until the dough clings to the hook and cleans the bowl. Then knead the dough on speed 2 for an additional two minutes. For detailed instructions for mixing and kneading by hand see my previous post for Whole Wheat Bread.

FIRST RISING – Grease large bowl with vegetable oil. I pour a little oil in my hands and then spread the oil over the insides of the bowl like finger-painting. I find this more efficient and rather fun! Place dough in bowl and turn the dough in the bowl to cover all sides of the dough with oil. Cover with damp towel and place in a warm place (80 ° – 85°) for an hour, or until the dough has triple its size. There is no warm place in my condo at this time of year, so I pre-heated the oven for 10 minutes and then let it cool down to a comfortable temperature. An oven thermometer would be very helpful here.

SECOND RISING –  Punch down the dough and let rise an additional hour. This step is optional but will improve the texture and flavor of the bread.

SHAPING THE LOAVES – Separate the dough into two halves. Woman’s Cookbook says to fold the sides underneath the loaf and squeeze to elongate the dough to the size of your pan. Place shaped dough into well-greased pans. Let rise until doubled in volume.

Cook loaves at 400° for 15 minutes and then decrease the temperature to 350° for the remaining 45 minutes. My mini loaves were done after an additional 15 minutes at 350°. The loaves are done when the sides pull away from the pan, the crust is a rich, golden brown, and the loaves sound hollow when you firmly tap the top. You can also insert a toothpick into the center; the loaves are done when it comes out clean. Immediately remove the loaves from the pans to cool on a rack. 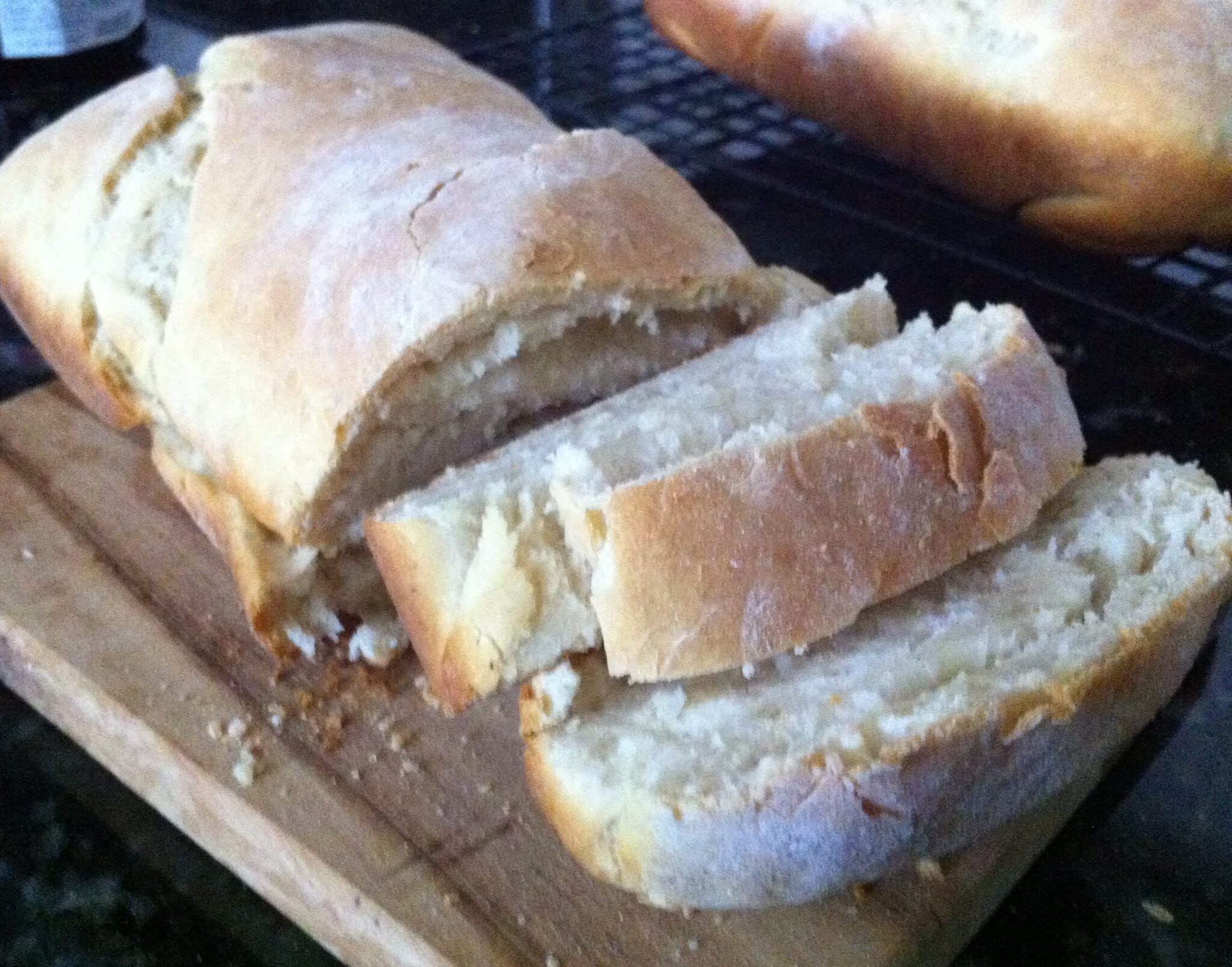 Nothing keeps you humble like baking bread. Take a look at these pathetic loaves. No, this is not some sort of trick photography; I don’t know how to do that. These loaves didn’t rise, yet the dough rose beautifully during its first and second rising. I have two theories: The first is that one is not supposed to used mashed potatoes that already have milk and butter in them; and the second is that when I rolled them out to create the loaves like the picture in the American Woman’s Cookbook, I should have let them rise again before placing them in the oven.

Extensive research on Google has informed me that the latter theory is the main culprit. The leftover mashed potatoes should have worked, though traditional recipes use plain potatoes that have been mashed. I find this distinction confusing, like having two distinctly different cooking utensils called “spatulas”.

The bread has such a magical, decadent taste and beautiful crust that I am going to try using leftover mashed potatoes again.  Honestly, when bread tastes this good, I don’t care what shape it’s in. 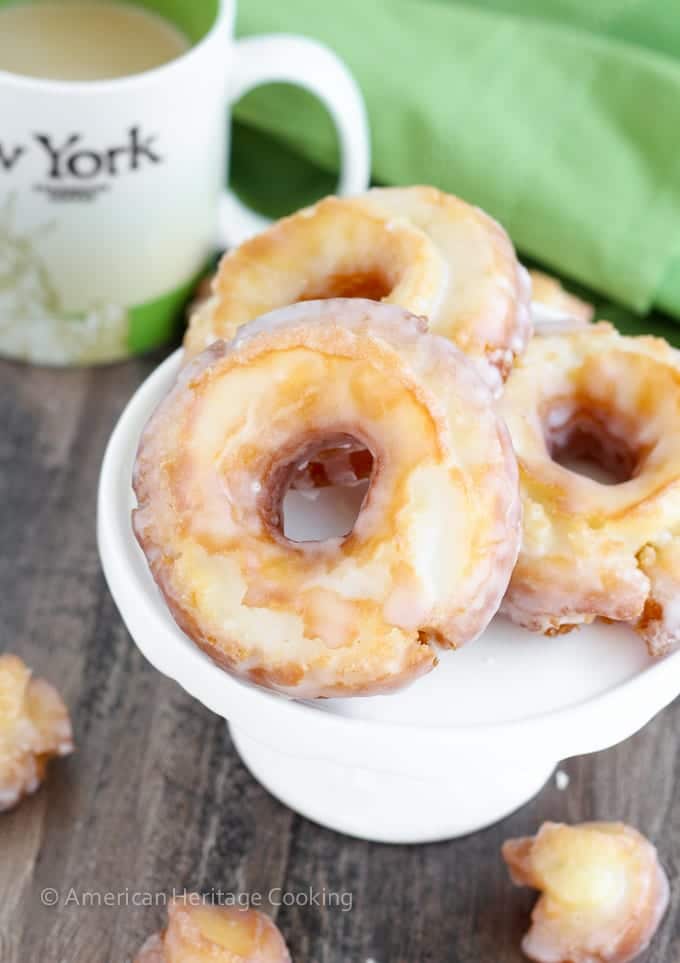 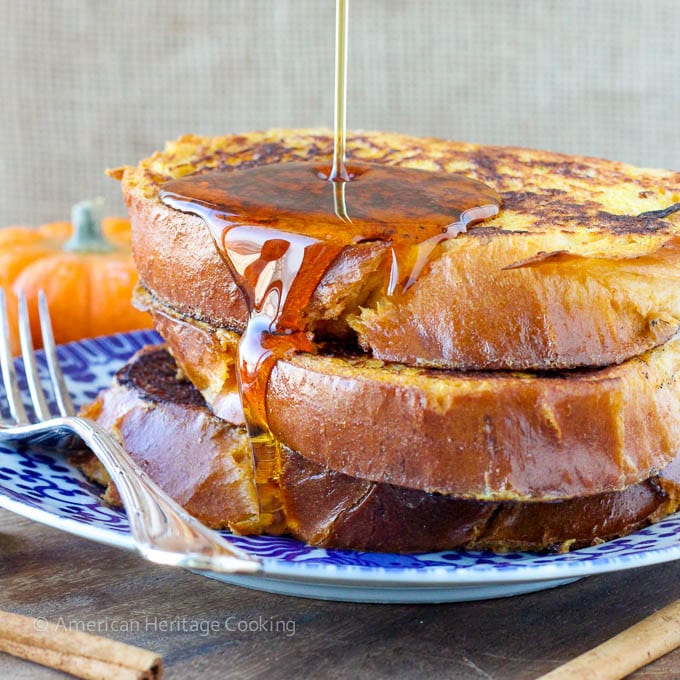 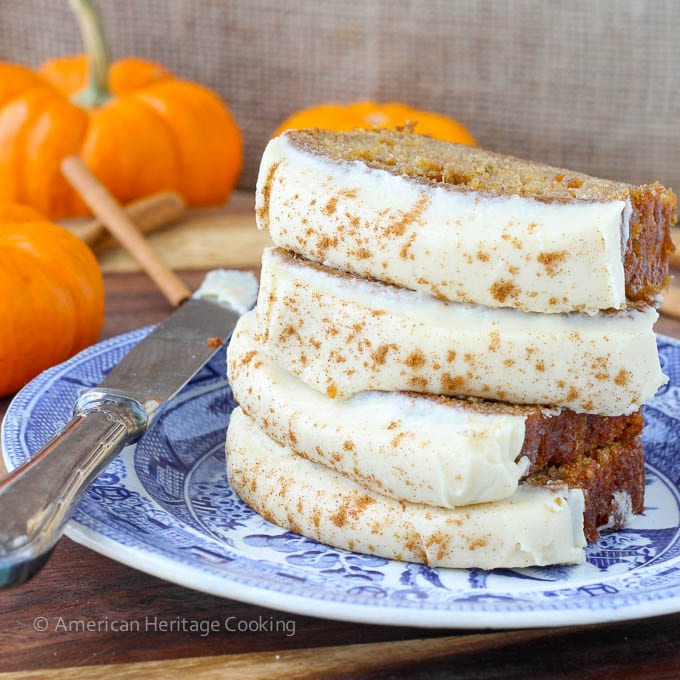