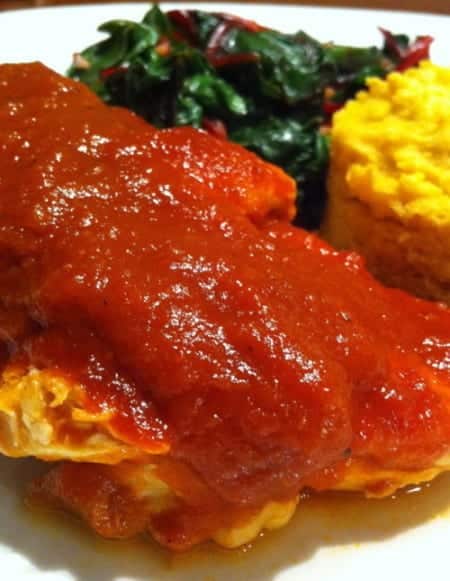 Growing up my Dad put barbecue sauce on everything, and I mean EVERYTHING! Ever my Father’s daughter, I love barbecue sauce. Now that I realize how easy it is to make I don’t think I’ll be going back to the pre-packaged varieties. I really hate how the ingredients say “smoke flavor”, natural flavorings, and preservatives. What is “smoke flavor”?

2-6 skinless, boneless Chicken Breasts (Use as many or as few as you like, you will just have extra sauce!)

½ cup vinegar (I used white wine, but I think cider would also work)

Pour tomatoes in medium saucepan, breaking up the large chunks with a fork. Add all remaining ingredients, cook to boil, then reduce heat, and simmer on low for about 45 minutes. The recipe looked a little chunky to be barbecue sauces so I pureed it in blender until smooth.

In the last 30 minutes of simmering preheat the oven to 400° and prepare the Johnny Cake. Sear chicken over medium-high heat in an oven-proof cast iron skillet or pan. Spoon a generous amount of sauce over all chicken breasts lifting up the breasts to make sure the underside is also coated. Place chicken in oven and cook until a thermometer reads 170° or the chicken is no longer pink on the inside. 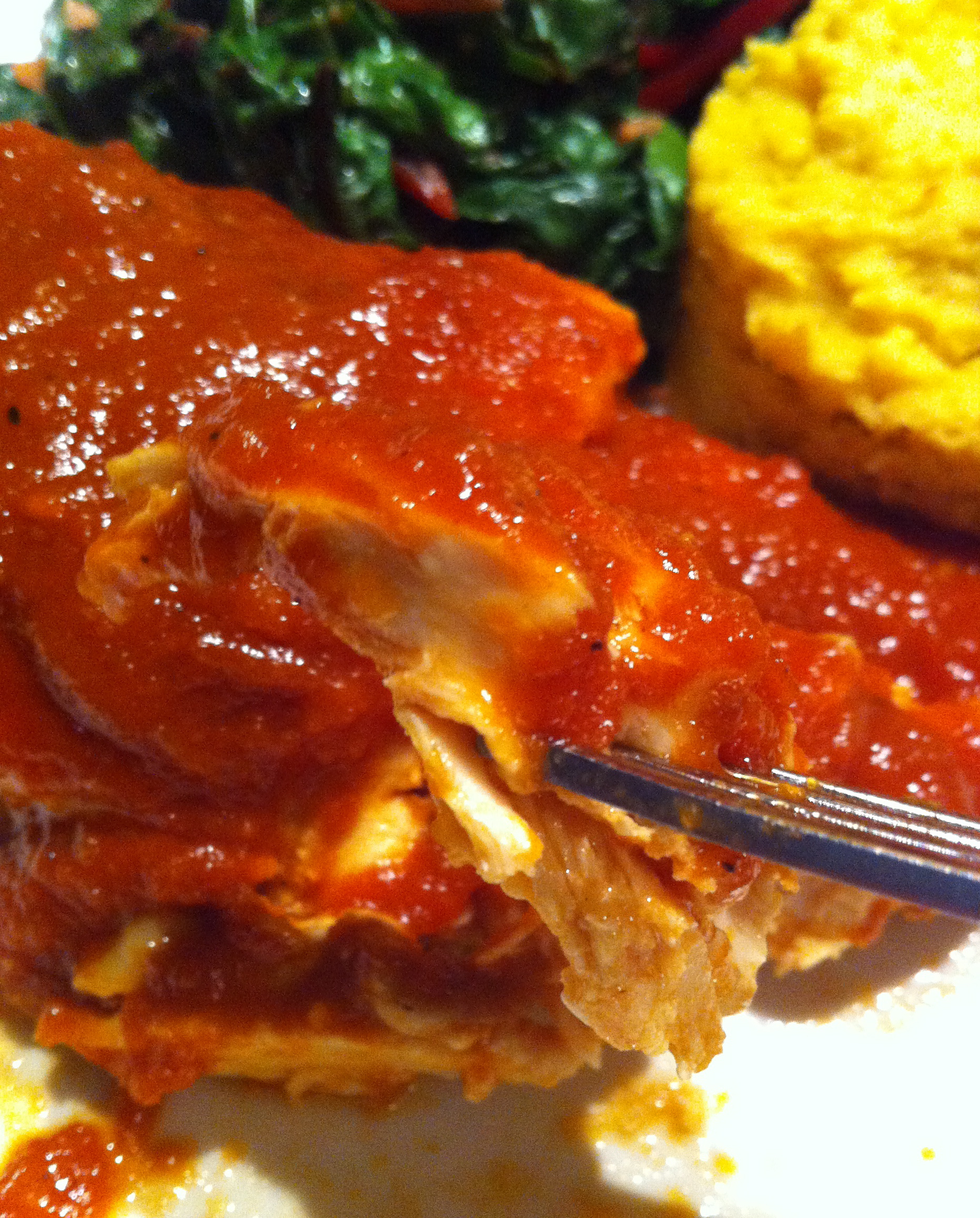 In the last few minutes of cooking prepare the Swiss chard.

Heat oil in large skillet over medium heat. Saute garlic for 2 minutes or until garlic is just starting to brown. Add Swiss chard and 2 tablespoons of water to the pan; cook 3 minutes or until chard wilts. Stir in lemon juice and pepper. Sprinkle with cheese and serve immediately.

The barbecue sauce was a nice vinegar-based sauce and, while I loved it, my fiancé said it is no KC Masterpiece. How can I compete with fake “smoke flavor”?! 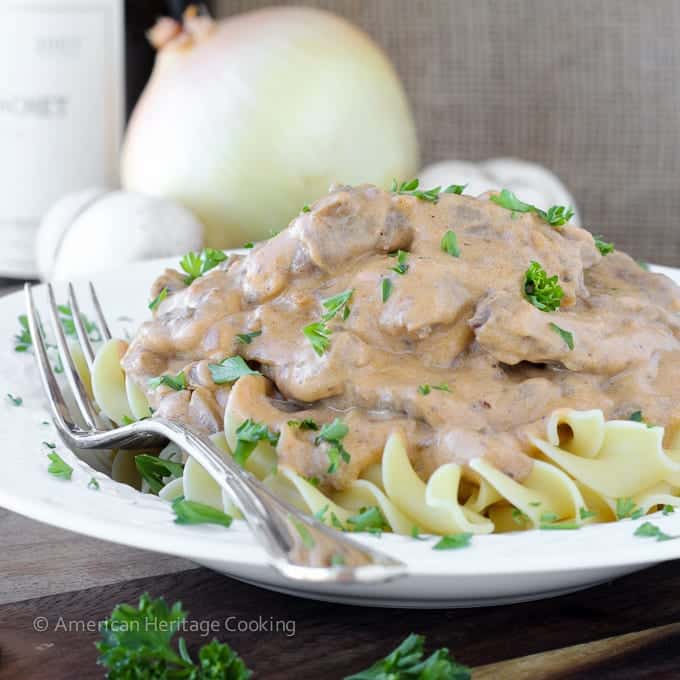 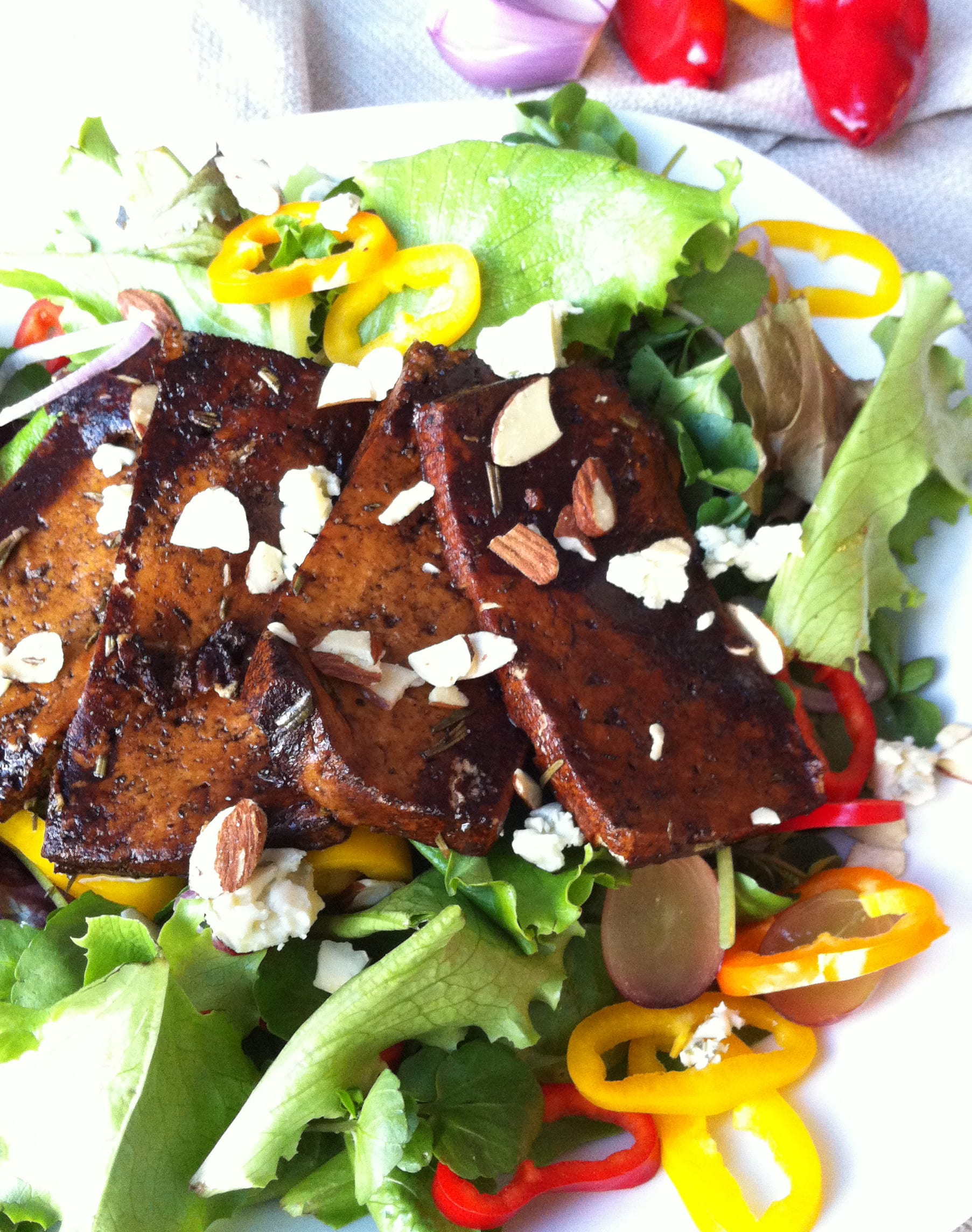 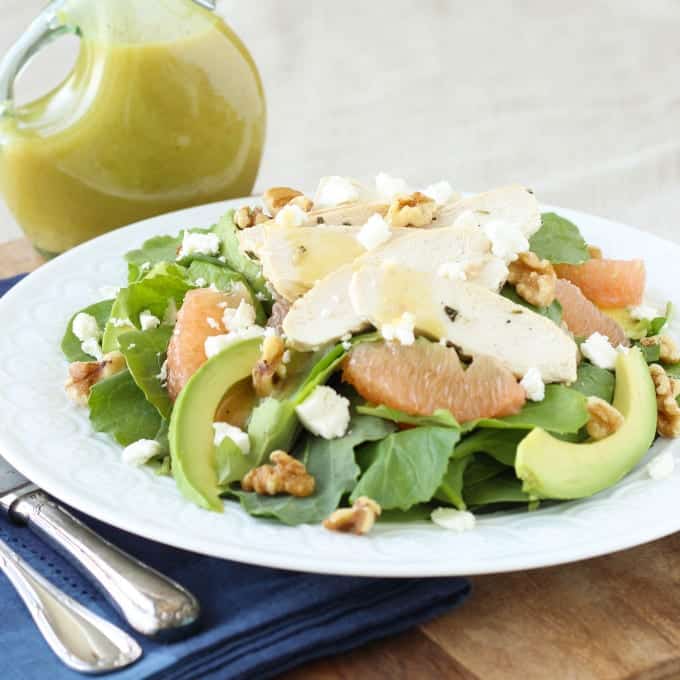