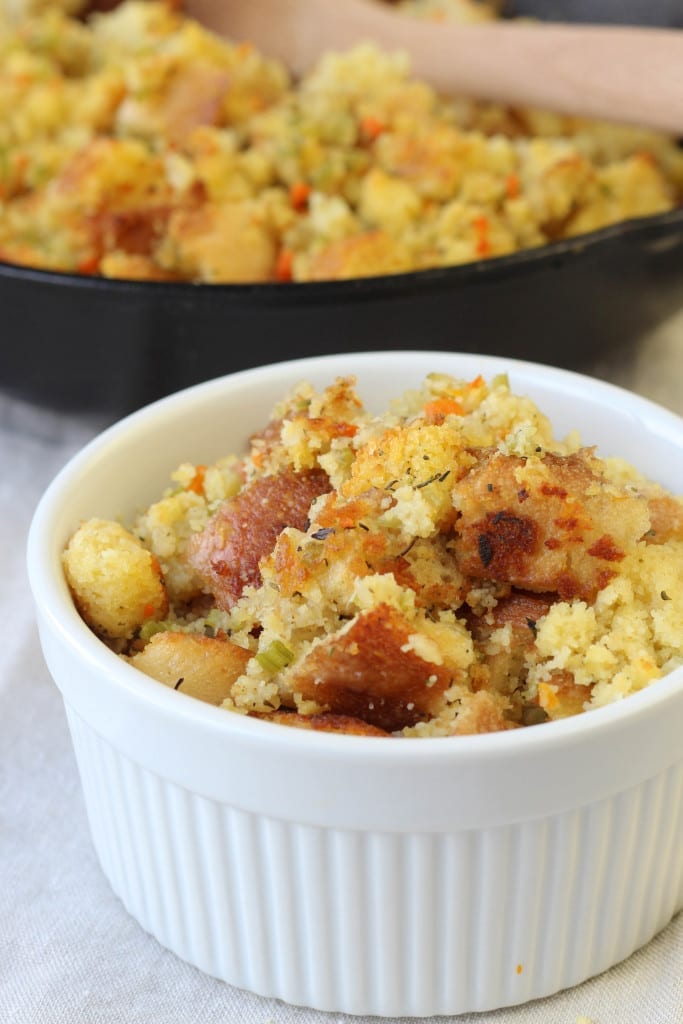 I’ve been getting excited about stuffing for weeks! Maybe you are more of a pie person, but I prefer not to discriminate. Any Holiday that condones eating copious amounts of pie AND stuffing is fine by me!

If I were to give you a family heirloom recipe for stuffing, it would be Stove Top. Stove Top is the bar to which all stuffing is compared. As my brother so aptly put it, “Honestly, at the end of the day, I will still devour a massive amount of stovetop.” True that. 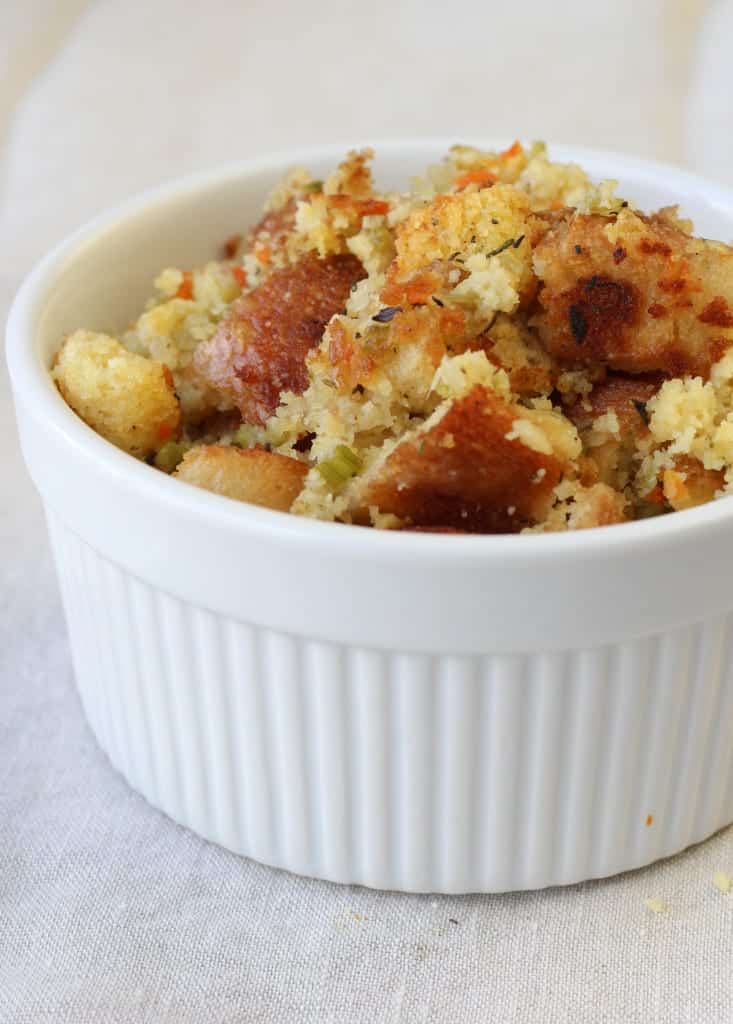 Last year I tried a heritage stuffing recipe and it was beyond horrible. I am nothing if not persistent (some call it stubborn. semantics.), so this year I decided to try a cornbread stuffing recipe. In my mind the only way stuffing could get any better than Stove Top would be if you added cornbread. 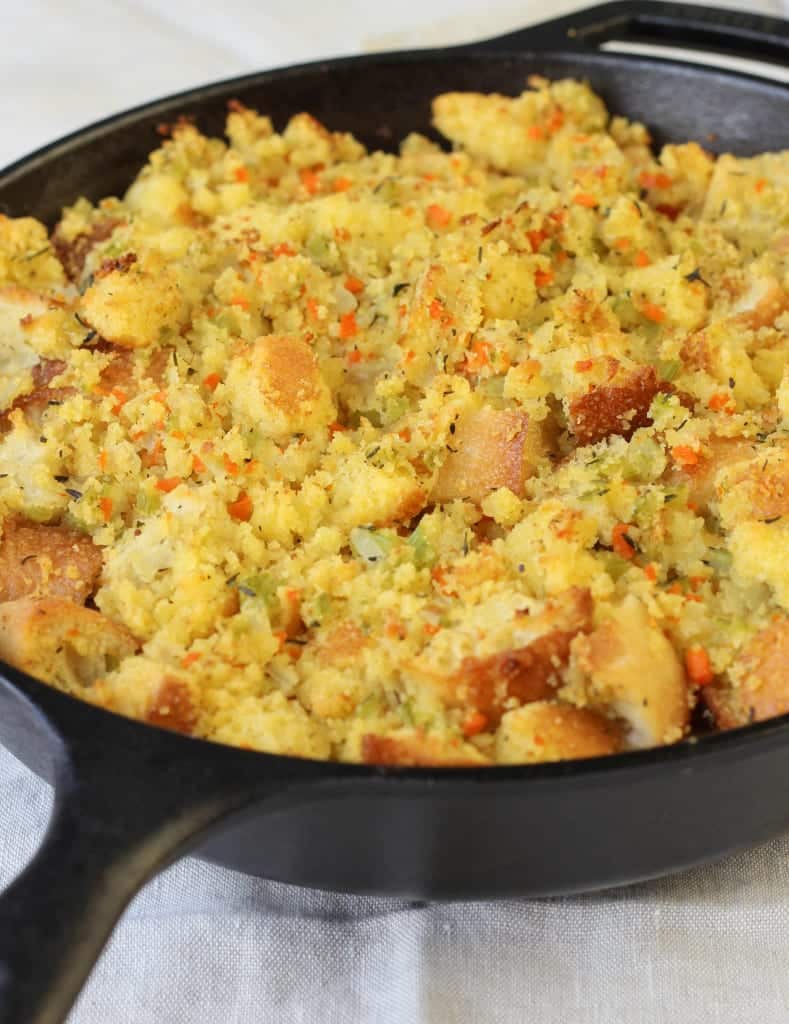 And I was right.

I have been voraciously reading cooking magazine and cookbooks in search of the perfect stuffing recipe. I studied three such magazines devoted to Thanksgiving recipes on the plane to Paris. And then I read them again on the way back. Sad. 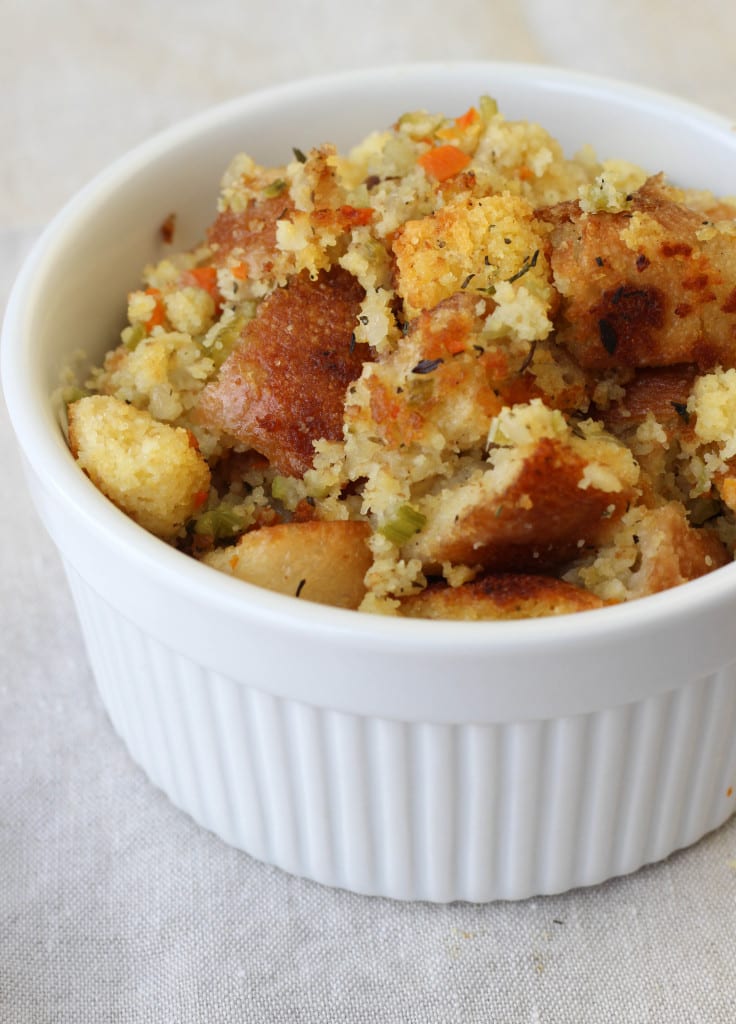 I finally settled on Ree Drummond’s Cornbread Stuffing in the Food Network Magazine. I tweaked it, but most of my changes revolved around really bumping up the spices. I like a moist, flavorful cornbread stuffing.

Ree of The Pioneer Woman makes some good comfort cooking, and this recipe was no exception. I’ll be making this again (in addition to Stove Top) for Thanksgiving next week. You could use store-bought cornbread to save some prep time, but just make sure it isn’t too sweet. My all-time favorite cornbread would be a miss in this recipe but it would be a fabulous Thanksgiving side! 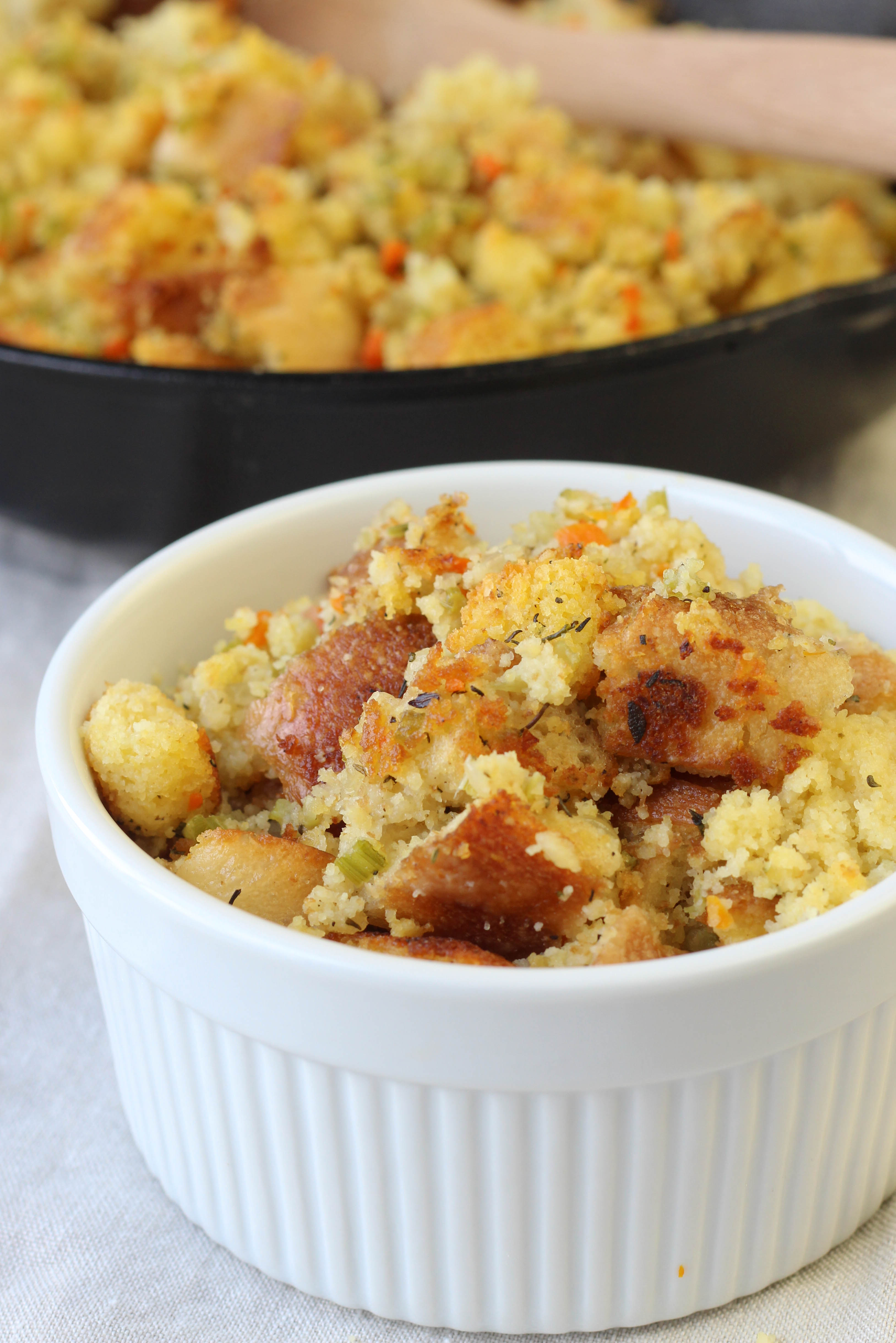 This Classic Cornbread Stuffing recipe will not only become an annual favorite at the Holiday table but also all year round! Flavorful, soft, and easy.

For the Cornbread:
For the Stuffing:

For the Cornbread:
For the Stuffing:

I halved this recipe and it made a large 12" skillet full. It would be plenty for 4-5 people. You could absolutely use store bought cornbread here. Just make sure it isn't too sweet. Recipe adapted from Ree Drumond's in the Food Network Magazine, November 2013 Edition

3.1
https://www.cheflindseyfarr.com/2013/11/classic-cornbread-stuffing/
All images and content are copyright protected. Please do not use my images without prior permission. If you want to republish this recipe, please re-write the recipe in your own words, or link back to this post for the recipe. Thanks! 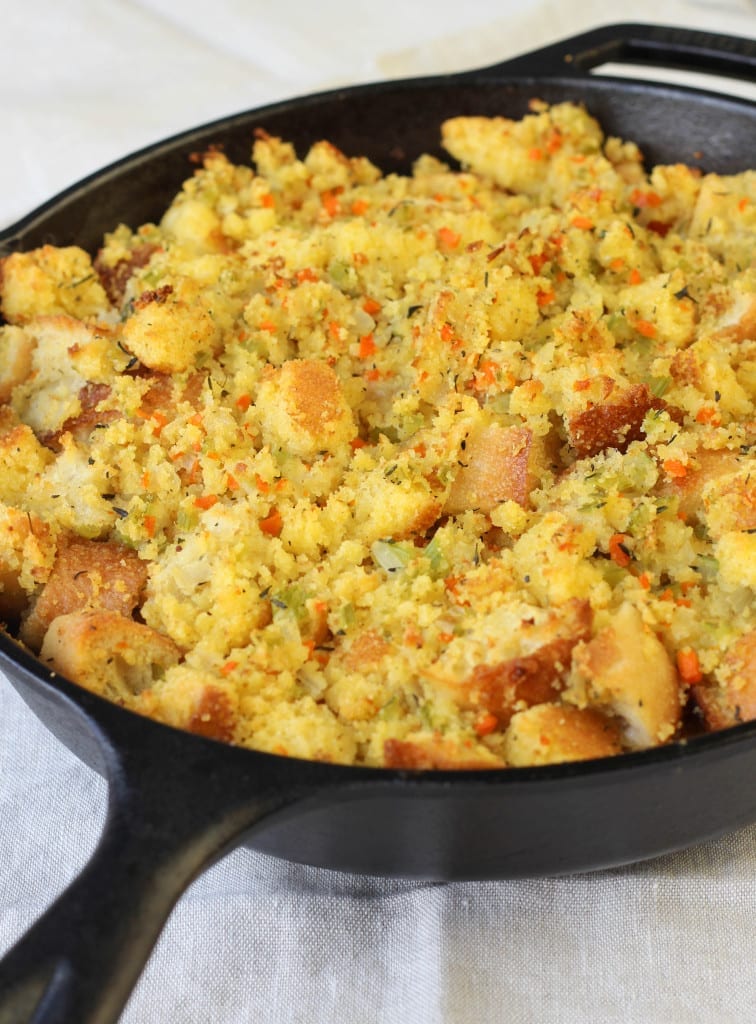 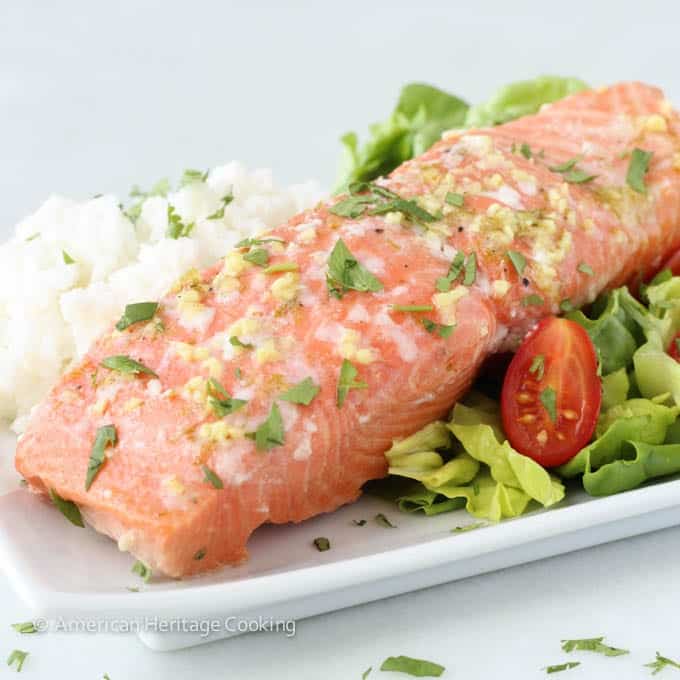 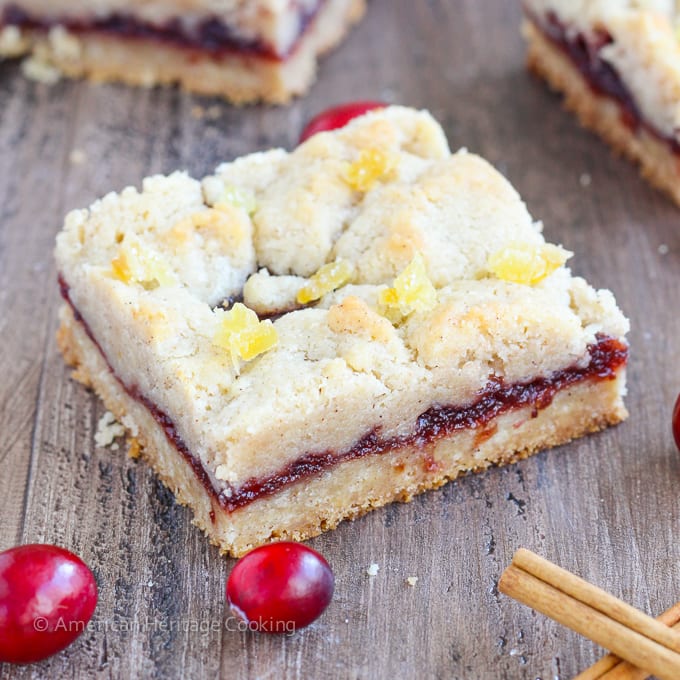 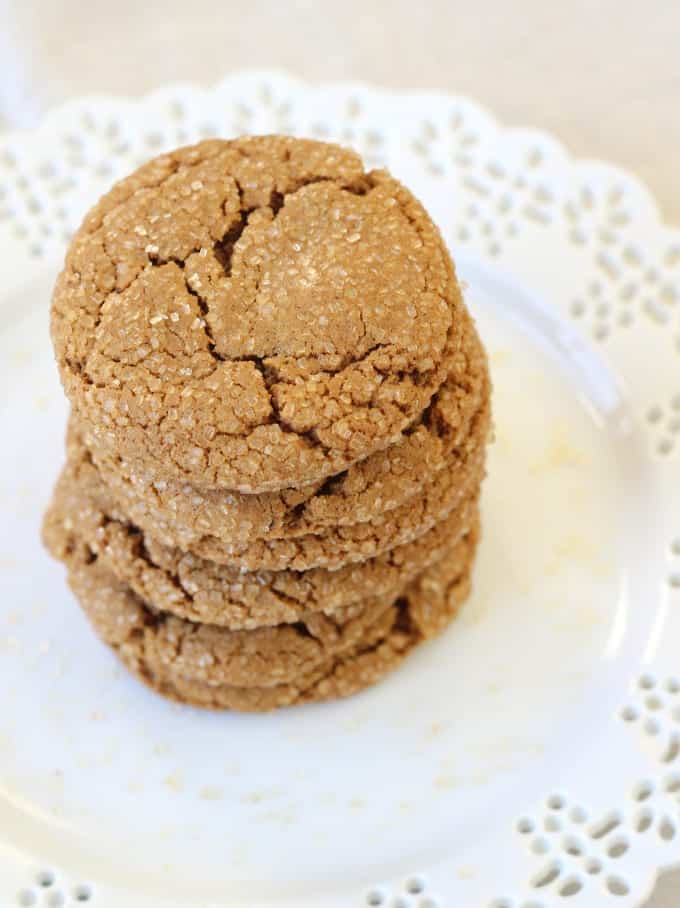