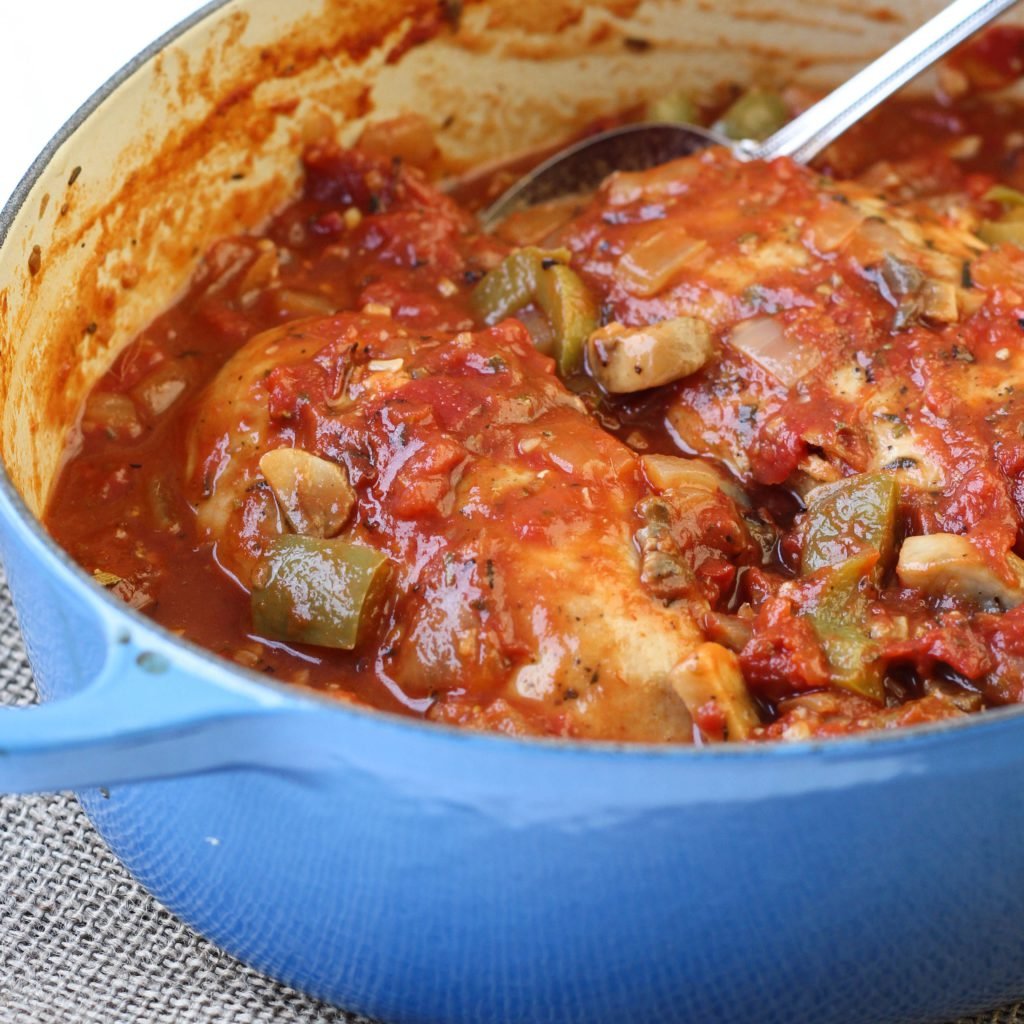 So the other day I Googled “Explain Twitter to me” and the amount of information explaining Twitter is almost as confusing as Twitter itself. I figured it was high time I joined the rest of the World in the 21st Century, because apparently everyone and their mother (well, at least my Mother and, even more embarrassing, my Grandfather) are on Twitter. 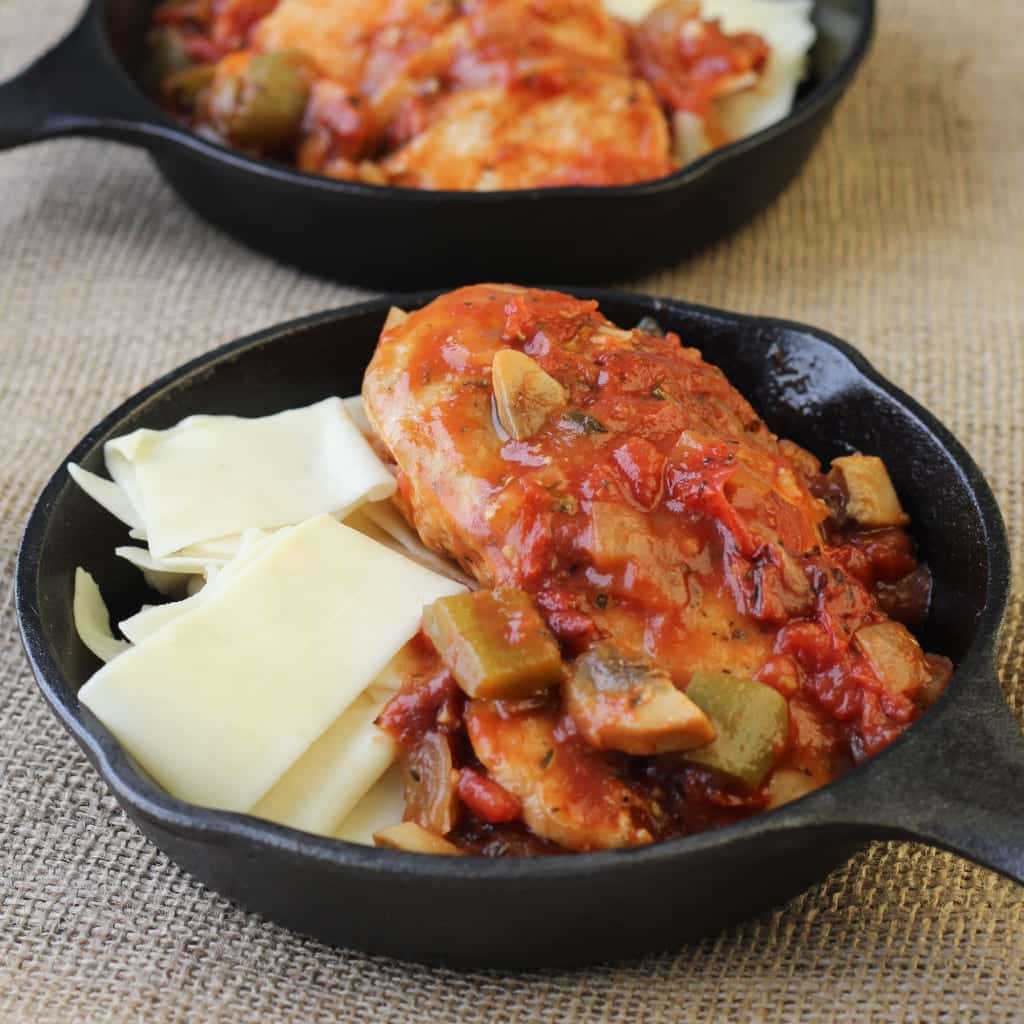 Mastering the Twitterverse (can you say that?!) is one of my goals for 2014. I’m sure you are all rolling your eyes out there but this is a serious issue. I’ve thought about creating an account numerous times but then I get overwhelmed by all those hashtags, which I still want to call “pound symbols”, and @’s.

The whole site may as well be written in Wingdings. 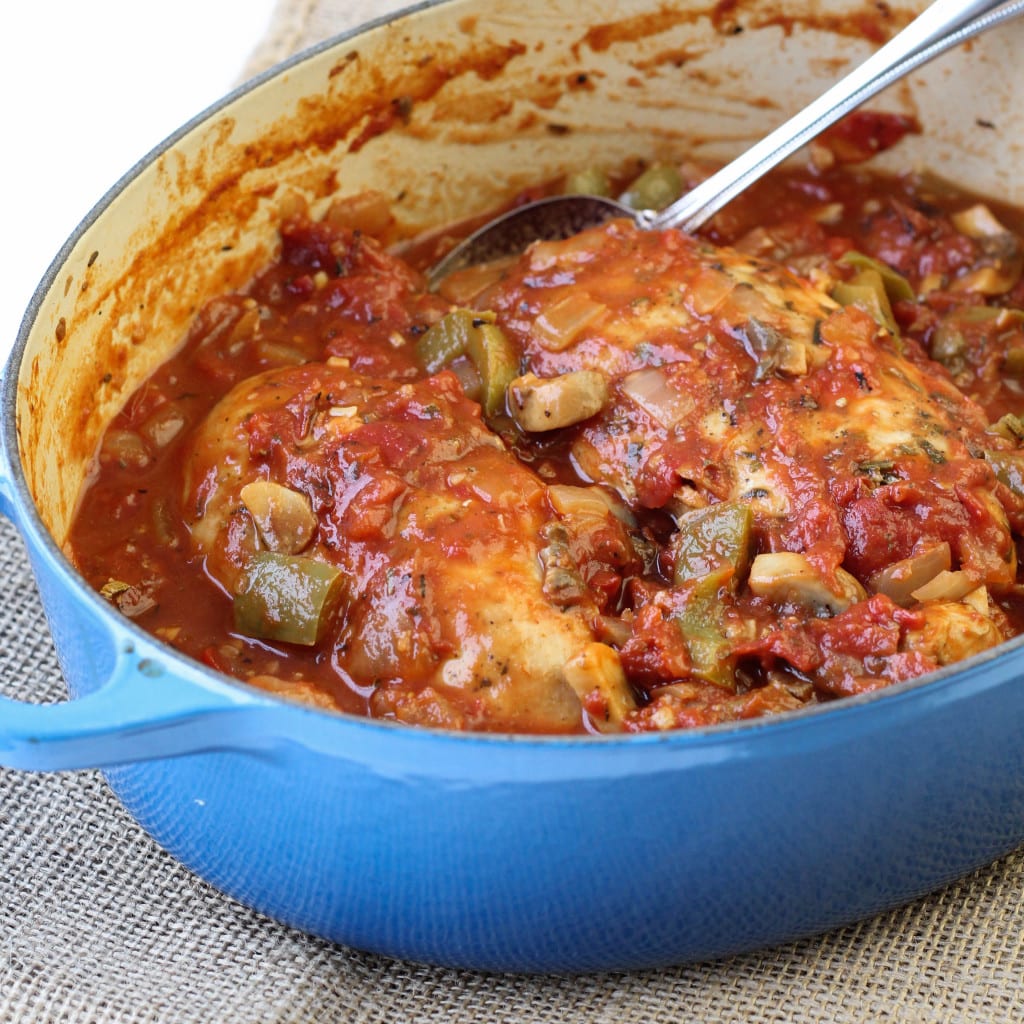 But all those articles “explaining Twitter” just made my head ache and my stomach rumble for something not complex yet comforting. Tomato Chicken Bake to the rescue! I have been making some variation of this dish for over two years. It is still one of my Husband’s favorites. 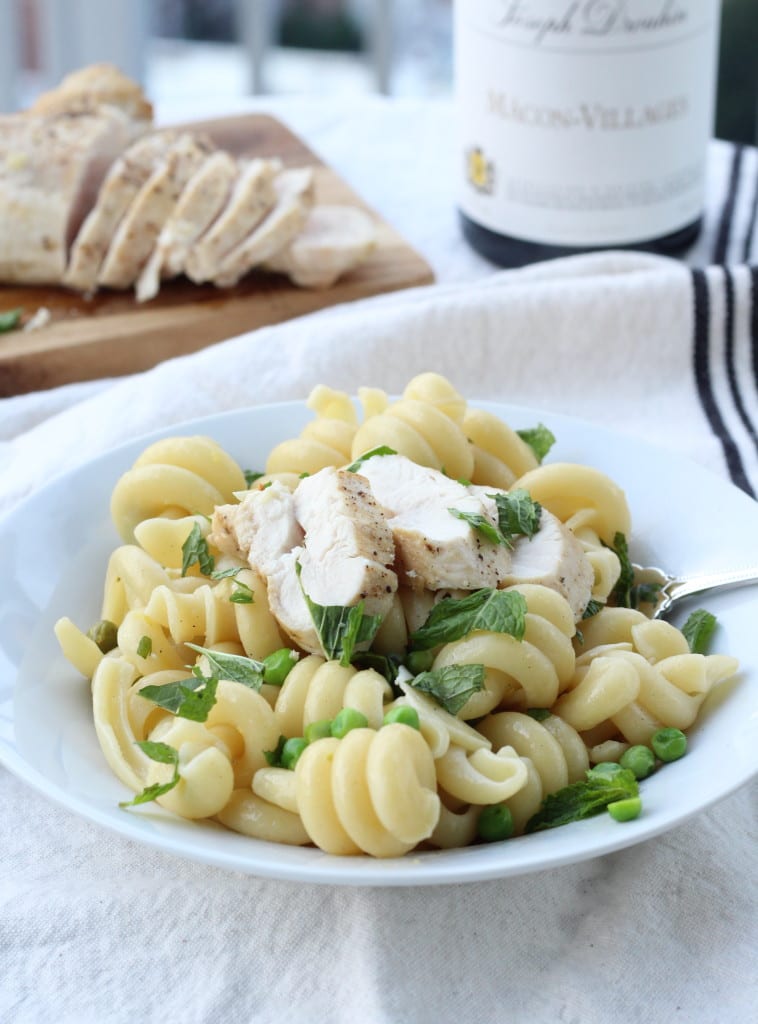 It’s been several months since we’ve had a Cooking Light recipe of the month post! This is completely out of character; I am usually a total Cooking Light junkie (umm and here).  But now seems to be the perfect time to reintroduce the tradition since the Wedding Fairy has mandated that we morph briefly into American Heritage Cooking Light pre-wedding. 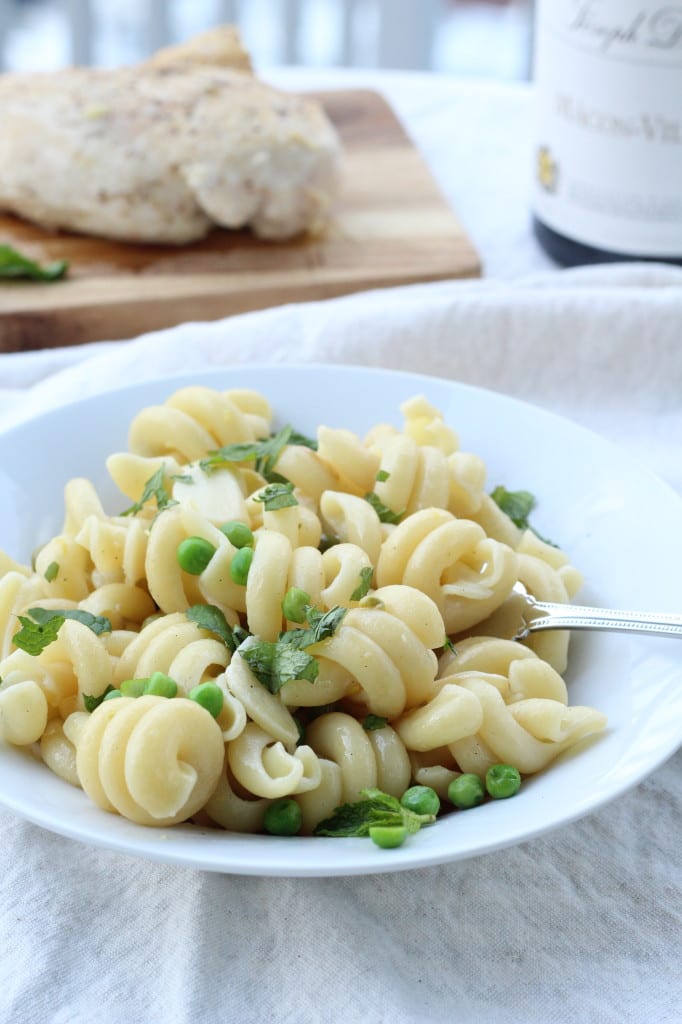 This Summer Pea Pasta is a nice light and lively pasta! I served it with an easy lemon pepper chicken to round out the meal. It was quick to pull together and delightfully flavorful: the perfect mid-week meal. 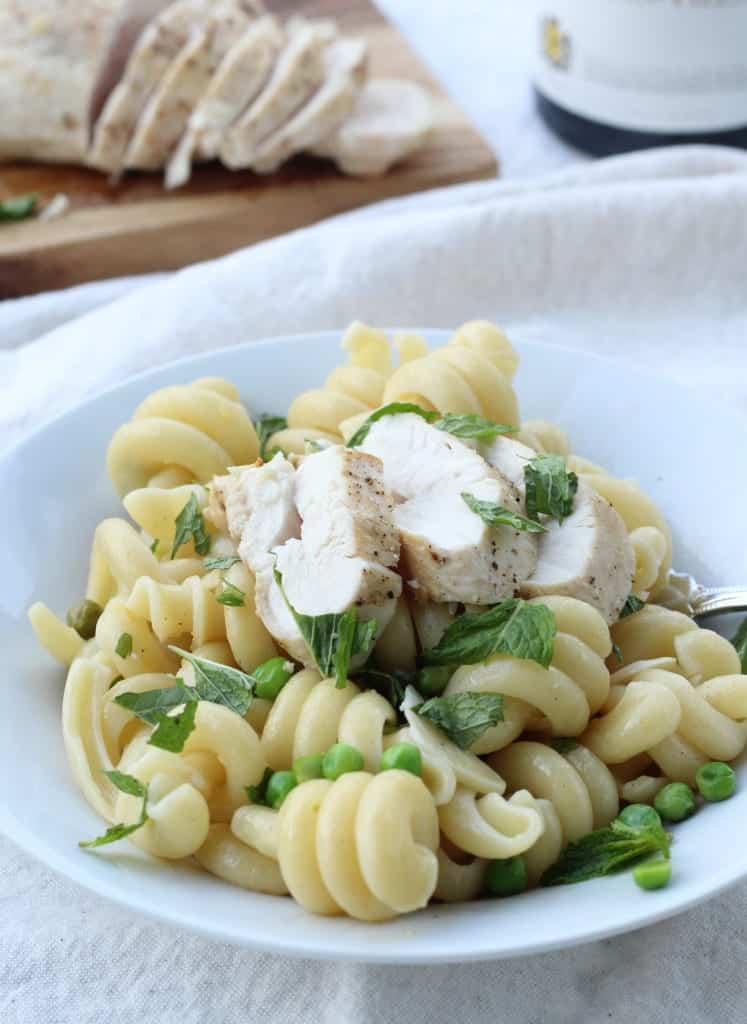 Lindsey’s Lasagna (The “Did I just go back for thirds?” Variety) 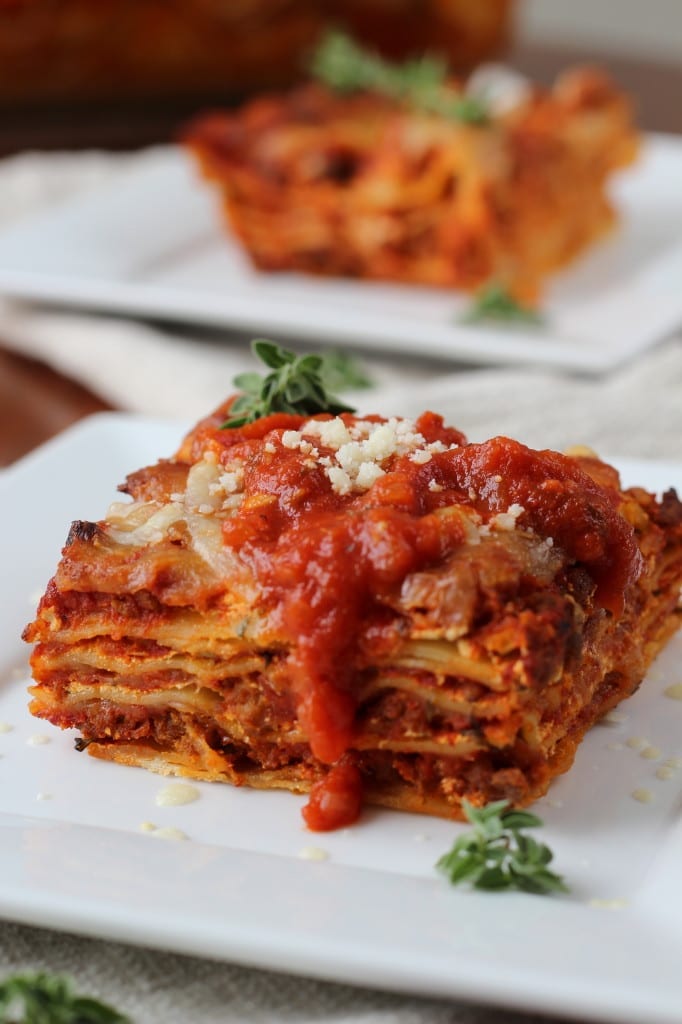 If I had a dollar for every time my fiancé requested “I Don’t Know” or “Whatever” for dinner, I could buy a yacht. Like a really big yacht. Like the kind that only Arab Sheikhs have. After much head-scratching, I’ve finally developed a recipe for both requests: Lasagna. 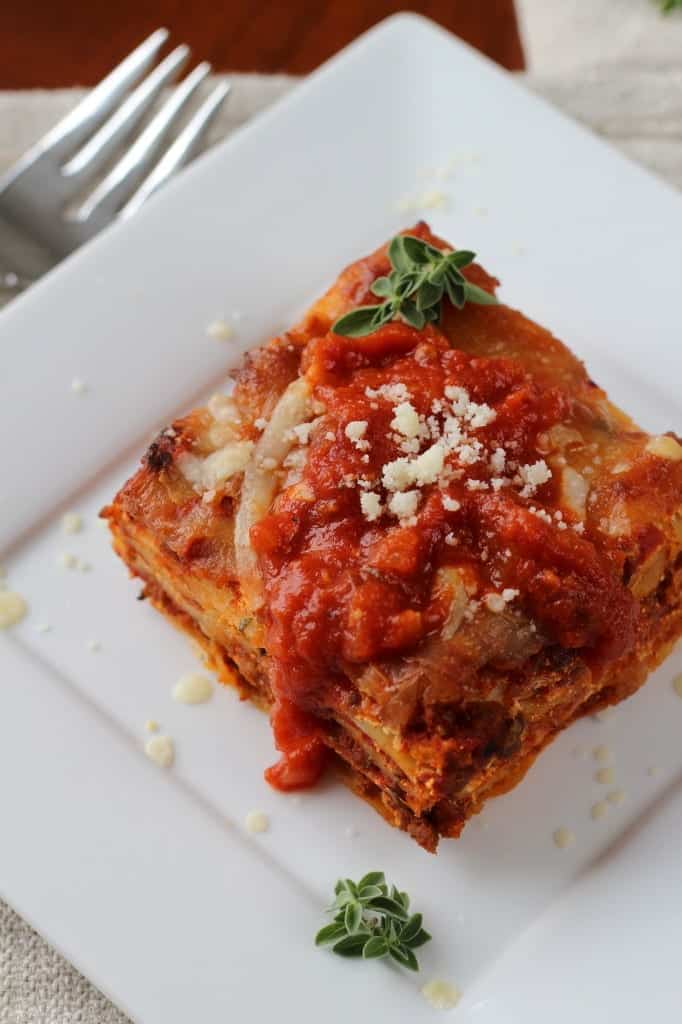 The best thing about lasagna is that it’s fool-proof. There is no whipping egg whites to the perfect height and then gently folding them in. Nope. It’s layering plain and simple. But, as in all Italian cooking, it’s all about the sauce. I use my sauce recipe that I shared earlier this week and it blew my fiancé away. I was supposed to freeze half the pan for him to eat while I am here in St. Louis wedding planning, but the lasagna didn’t last that long. It was just too good. 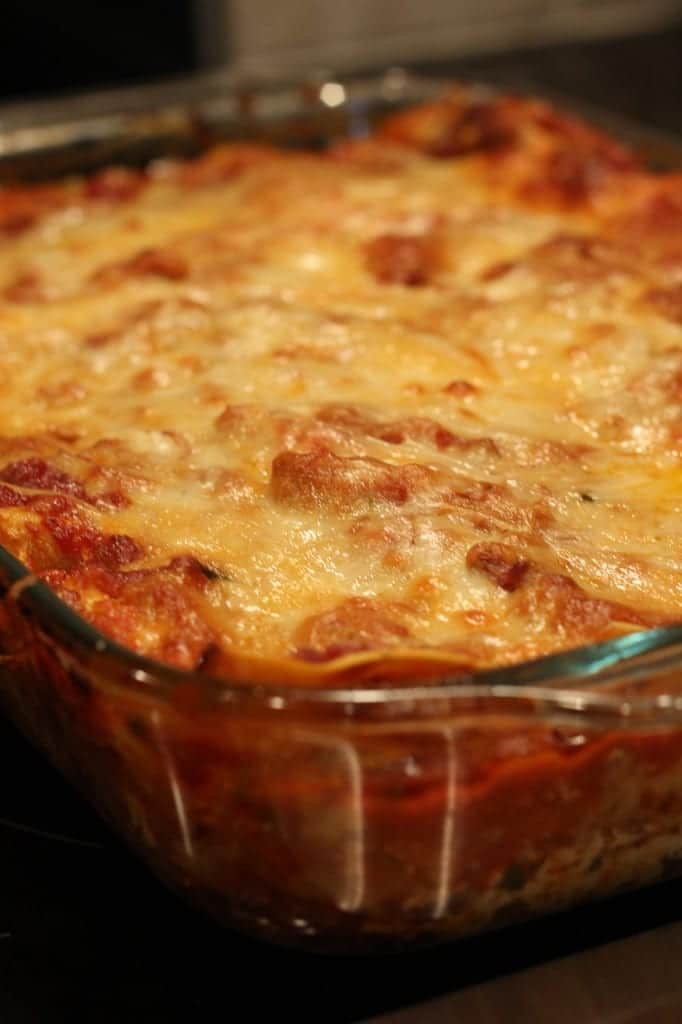 I’ve been developing my version of lasagna since college, when I was forced to actually make it for myself. I don’t know if my final (for now) version is traditional because I am 0% Italian, but I do know that it is sure to please anyone at the table! 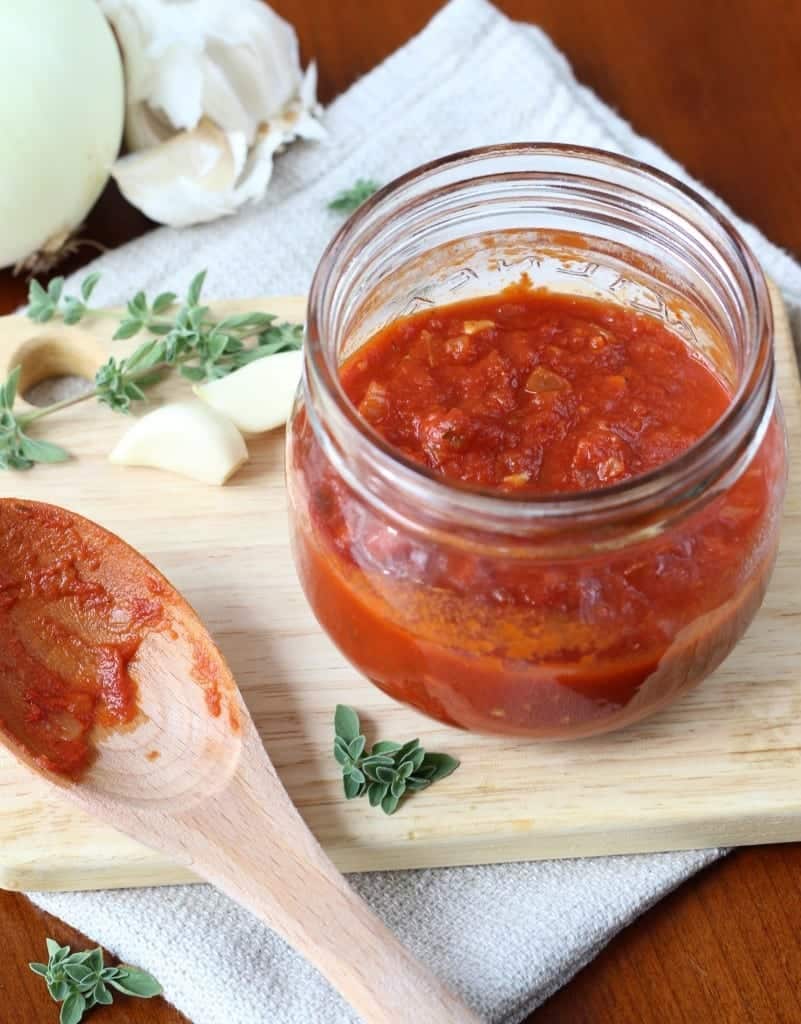 This may come as a shock to you but there are nights when I just don’t feel like cooking. [Gasp!!!] I don’t feel like chopping or washing dishes. Boiling water seems like too much effort. But the kicker is that these same nights neither my fiancé nor I feel like making the effort to go out to dinner either. Quite the predicament isn’t it? What do I make every time the laziness hits? Pasta with meat sauce. Mmm pasta sauce. 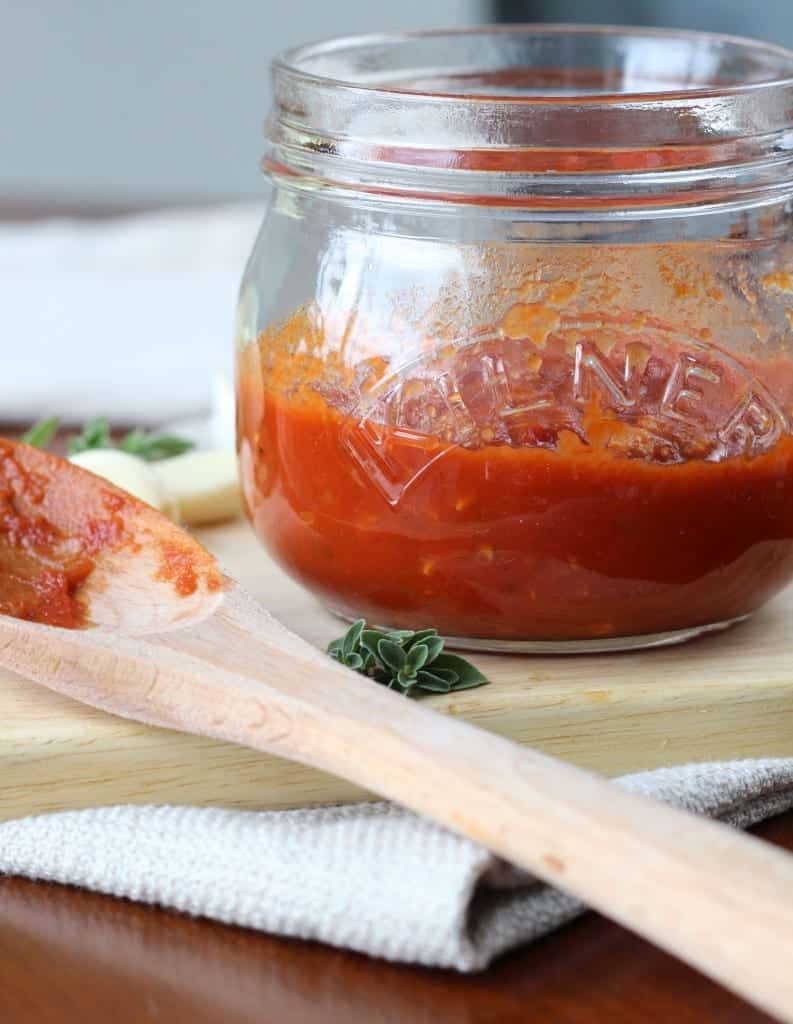 I used to just crack open a bottle of my favorite brand of pasta sauce and dump it in a pot, but have you looked at those ingredients lately?! It’s horrifying. Is all that sugar and salt really necessary? And don’t get me started on “natural flavoring”. So several weeks ago I made it my mission to create my perfect homemade pasta sauce: a little sweet, bursting with flavor and super tomatoey!

I started with the recipe from The New York Times Cookbook (1961 Edition) that I picked up from The Strand Bookstore in NYC. If I lived in NYC, I would be broke and there would be no blog because all of my pocket money would be spent in this store. True story. 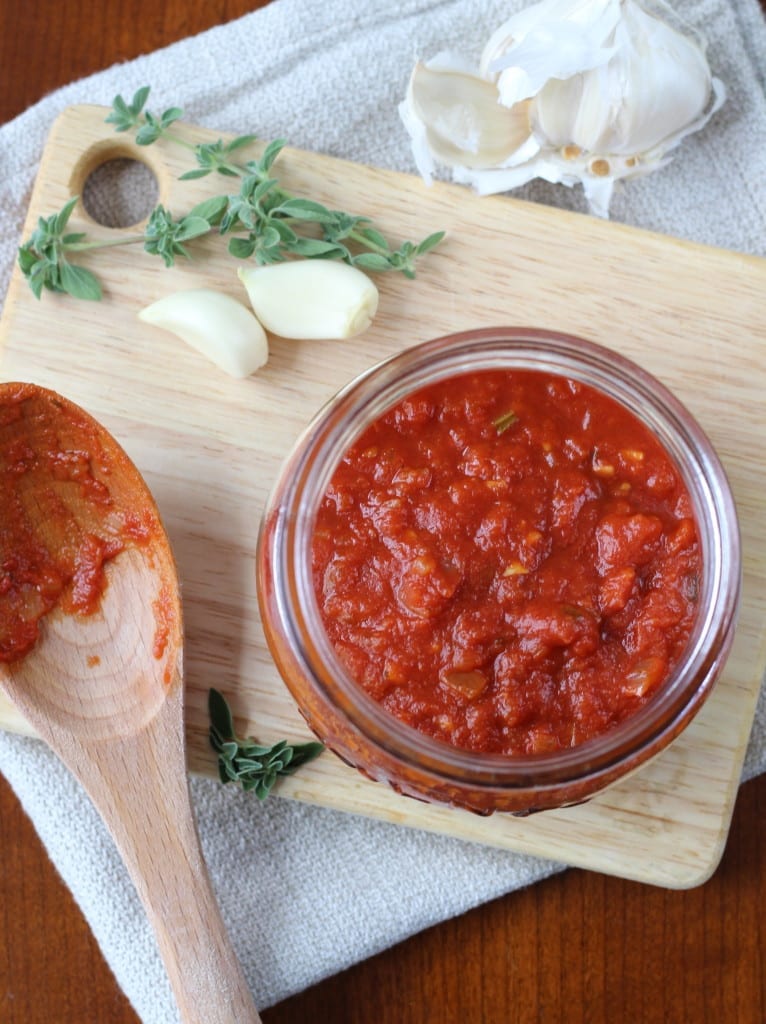